Comments: Very similar to Tram 13. If you are wanting to go to Anne Frank Huis to or from Centraal Station jump on Tram 17 or Tram 13. Get off both at Elandsgracht unless you have a need to see the suburbs.

Dutch Food To Try – Stamppot – Stamppot is the national dish of the Netherlands. Take mashed potatoes, add in some green leafy veggie, Kale, Spinach, cabbage, brussel sprouts…stamp with a potato masher. Serve with a piece of meat, most likely a cheap piece of sausage. It is the antithesis of fine French cuisine, but it is delicious on a cold rainy night.

Below you find the complete Amsterdam Tram Line 17 Map 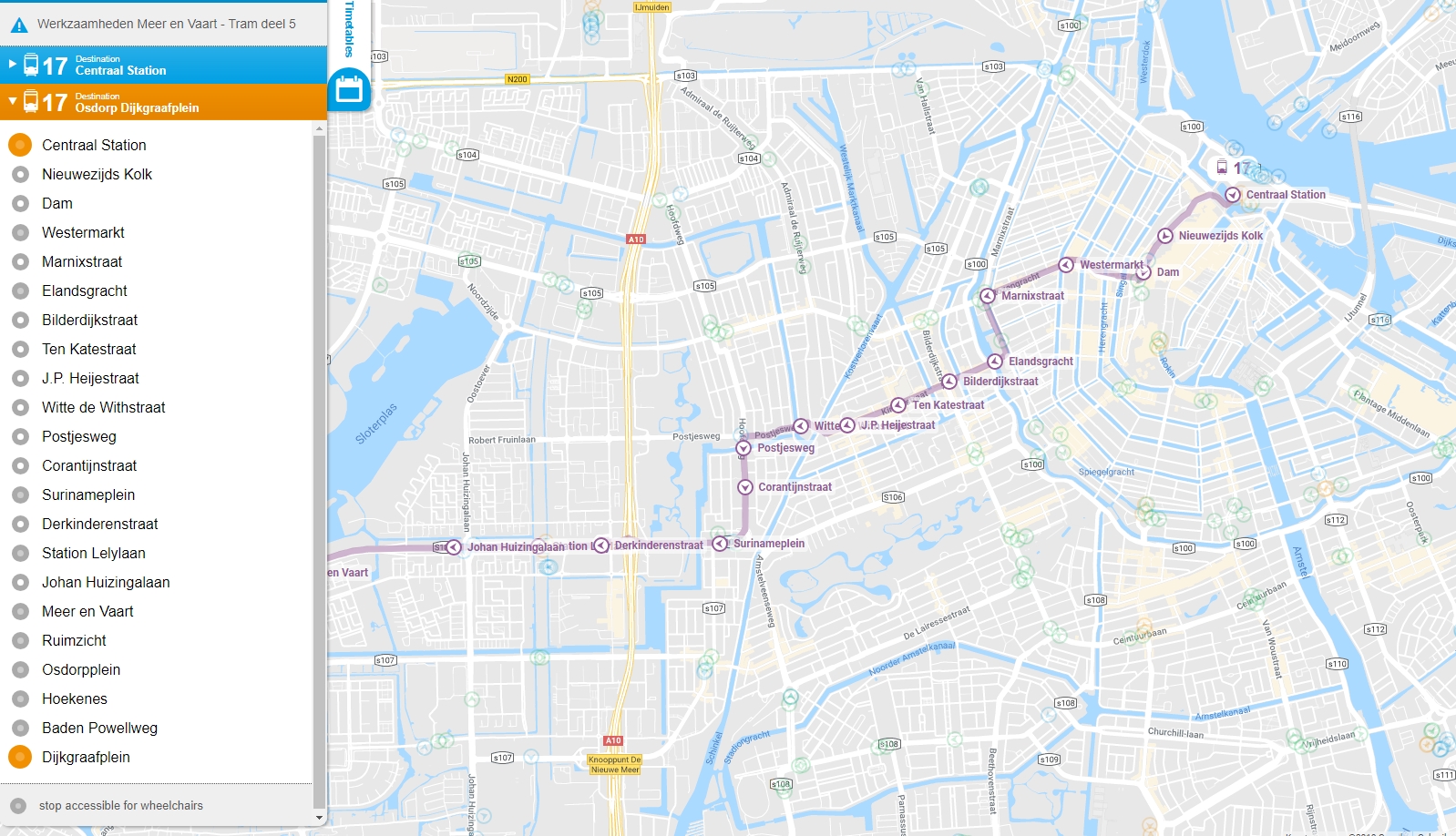